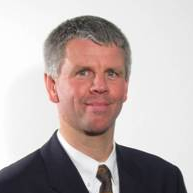 Mark van der Linden is Director of the National Reference Center for Streptococci, Department of Medical Microbiology, University Hospital Aachen, Germany. The Reference Center is responsible for epidemiology of Streptococci in Germany. Apart from standard analyses (serotyping, MIC), a large number of studies focusing on different aspects of streptococcal disease (resistance mechanisms, clonal spread) are conducted at the center.

During his stay at the Bioinformatics Department of the German Cancer Research Center he developed his skills in bioinformatics, which he then applied in an industry position as Director of Bioinformatics at a start-up company.

Dr van der Linden has given many presentations at international meetings, and published over 100 peer-reviewed manuscripts. Recent papers have focussed on aspects of post-vaccination serotypes among Streptococcus pneumoniae infections in Germany.